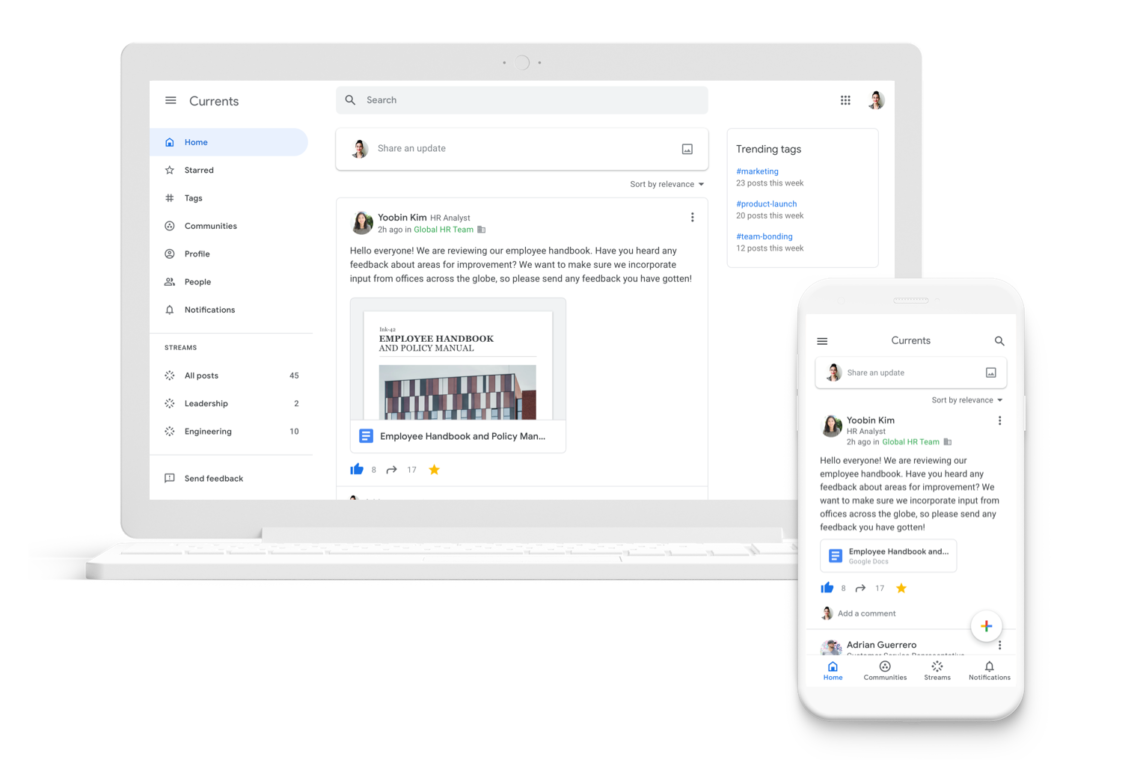 This is the second time an app has been named Google Currents.

Earlier in 2012, Google had launched a magazine app called Currents, later that was shut down, to make way for a new app, Google Play Newsstand which is a news aggregator and digital newsstand service by Google. It is later replaced by Google News.

In last year Google unveiled Currents; what will be offered to G Suite users. This app “enables people to have meaningful discussions and interactions across your organisation, helping keep everyone in the know, and allowing leaders to connect with their employees.”

Currents app is running with Beta and replacing Google+ for G Suite. Currents come with redefined User Interface and a load of features. Once users enroll in the beta version existing Google+ content will be automatically transferred to Currents. Currents app is mainly impacted by Admins and end-users. Google adds up that ‘posts from leadership can be given priority in the home steam, improving visibility across the organisation to drive alignment.’

The Currents app connects employees to useful and timely content that is personalised to the user’s roles and interests. Users can check features like tags and streams to search content easier and faster. Users can choose the order feature to check relevance or the time it was posted. Admins can also create custom content related streams to target particular content to a set of employees and track the records to check which content resonates better with the organisation.

Besides, Currents create more learning opportunities for employees with feature ‘content remains on Currents over time, so users can revisit and engage at a later date’.

Below is the video which will give you detailed information about how to engage employees using Currents app.

To access the Currents beta app on all G Suite editions, organisations need to request access by sending an email to [email protected]. As we have discussed, existing plus.google.com links continue to work as a redirect to currents.google.com  Also there are branding changes for Android and iOS apps as updates for Google+.

Google Stadia; Future of the gaming is not a box